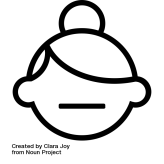 “The relentless pursuit of mass will make you boring, because mass means average, it means the center of the curve, it requires you to offend no one and satisfy everyone. It will lead to compromises and generalizations. Begin instead with the smallest viable market. What’s the minimum number of people you would need to influence to make it worth the effort?”

-Seth Godin, This Is Marketing

In my AltMBA cohort I got some valuable insight from a former ad-agency owner in Detroit. In the project I worked on with him and two other teammates, we had to come up with 100 business ideas, and then build out the plan by answering three simple questions:

One of the main takeaways from the project is that we needed to be VERY clear about who it is for, because if you build something for everyone it will be used by no one. So the insight I got from this wise businessman was this: “you want to write something that most people will not laugh at or even understand, but the very specific audience will laugh their asses off.”

Now this was great advice, but since I don’t write ads I did not think I would get a chance to act on it. Then, through time and space the AltMBA read my mind and one of our next assignments was to write an ad.

Our assignment was to build a specific persona and to write an ad for that person, and the focus would be on climate change. With that in mind, we decided to focus on selling a 26 year-old urbanite, whom does not have a TV but does listen to podcasts and reads books, who bikes to work on the use of zero-waste grocery stores. It was a ton of fun and here is what we came up with:

“You want to carry a big wallet and have a small footprint, because you understand that the economy relies on the environment.

Do you want to kick yourself in the rear every time you throw out yet another peanut butter jar? Another carton of eggs? Or even the same cardboard container you bought your almond milk in?

I want to share with you the new Zero Waste Grocery store chain coming to the mid-atlantic called x which will have locations in Brooklyn, Philadelphia, Baltimore, and Washington D.C.

You already bike or walk to work. You already buy organic and local when you can. Yet at the end of every week you, with dismay, throw away yet another carton of eggs where it will spend the next one hundred years decomposing and taking up space.

This store solves that problem. Imagine your Saturday morning run to the farmers market where you are riding away with a backpack and a basket full of your local produce – instead of stopping at your traditional grocer and getting plastic wrapped goods that will be thrown into the ocean – you can keep the muscle powered green train rolling by putting all your groceries into reusable containers.

Not only are you encouraged to bring your own bag, they won’t even give you one if you ask! So get those pesky cartons out of the landfill and back into your fridge where they belong.”

straight face by Clara Joy from the Noun Project